Learn to surf with Hebridean Surf - experience the thrill and excitement of riding an Atlantic wave with the comfort of the latest wetsuit technology and equipment. An island archipelago in the path of the Atlantic lows and depressions. this North West frontier of Europe offers exceptional waves for consistent quality surfing - and from the months of September to April, offers the competent surfer the supreme European hard -core conditions.

The Isles of Lewis and Harris - a spectacularly rugged atlantic coastline with numerous empty beaches and a fine selection of renowned reef breaks - pollution free, and washed twice daily by the 5 metre tides of the North Atlantic ocean.

The North Atlantic Drift Current, which starts life in the Gulf of Mexico as the tropical Gulf Stream, delivers relatively warm waters to these Western Isles, reaching 16C in summer and rarely dropping below 9C in late winter.

Surf the Hebrides with quality tuition from an experienced and knowledgeable instructor. Your main instructor, Derek Macleod, then a very young skipper fishing the North Atlantic, Minches and the waters to the West of the Hebrides with his own boat, took up surfing as a hobby in the late ‘80s, introducing the sport to the Isle of Lewis. He opened his surf shop in Stornoway in 1994 and after successfully completing courses in Sea Survival, Beach Lifesaving, Advanced First Aid, Parascending Boat Skipper & Instructor, began equipment hire and offering surfing tuition in 1996.

For the past 18 years he has taught all age groups to surf safely in the often challenging conditions of the Hebrides. As proprietor of “Welcome In Filling Station/Convenience Store” he is now based on the West Coast of Lewis, close to the popular surf beaches and breaks – escape to the surf, be safe and have fun with the experienced personal touch. 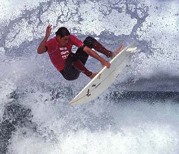 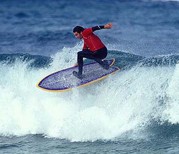 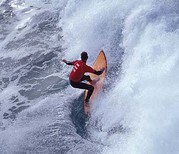 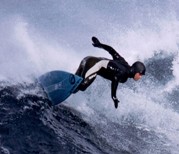 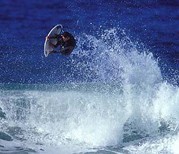 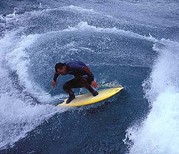 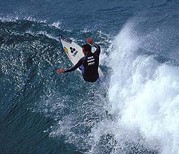 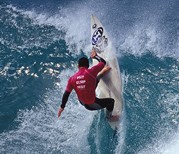 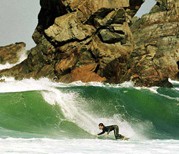 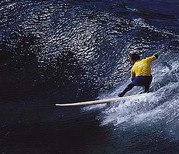